By Kristof on December 20, 2013 in Uncategorized 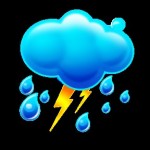 It’s December in Malawi and the onset of the rainy season has begun!  This is a wonderful time of year that fills the hearts of farmers and gardeners alike with a renewed confidence in the earth’s potential to provide for all of our needs.  Unfortunately, this is also the time when the country enters what has come to be known as the ‘hungry season’.  This phenomenon occurs when the maize (corn) harvests from the previous year begin to run short, the new crop of maize is just being planted, and most local farmers won’t harvest any ‘food’ (maize) until April.  These ‘hungry seasons’ serve to exacerbate already deplorable levels of malnutrition throughout the country, drive people into detrimental financial decisions, and continue to advance the falsehood that Africa is a continent of starving people without access to resources.

As tragic as this sounds, the real travesty lies in the fact that these ‘hungry seasons’ are a direct consequence of deliberate human behavior.  Many countries, like Malawi, have adopted agricultural systems based upon Westernized models.  These are systems which have been devised for the long cold winters and short summers of temperate climate countries in the Northern Hemisphere—they are completely inappropriate to the growing conditions of tropical countries.  Stacia and I both come from parts of the United States where it makes sense to produce as much food as possible during a short summer and then harvest, preserve, and 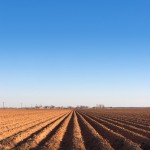 store enough to make it through the longer winter months.  Malawi, by contrast, has a 12-month growing season; there is never a time when food cannot be produced.  But, due to the current system of monocropping maize, Malawi tries to harvest all of its food for the year in one month and then the land remains essentially useless for 11 months out of the year.  Our rainy season–the most agriculturally productive time of the year–has turned into the most food and nutritionally insecure time of the year.

The reason for these chronic ‘hungry seasons’ is actually very simple—monoculture (the over-reliance on a single food plant).  The solution for ending these ‘hungry seasons’ is also extremely simple—polyculture (the reliance upon the seasonal, perennial, and diversified patterns of natural ecosystems for the meeting of all human needs).  The difficulty lies solely in behavior change.

Here at Never Ending food we still grow maize, but we have about 200 different foods that we also grow.  This means that we can harvest some maize in April, but in May-June we harvest crops like millets and sorghums, in July-August we are getting sweet potatoes, in September to November we are getting things like cassava, air potatoes, yams, and taro.  Throughout the year there is an enormous diversity of fruit trees producing seasonal harvests, local beans keep falling from the trees right through the dry season, vegetables are in abundance, and if we want to extend a particular season we simply use technologies such as solar drying, pickling, or the making of preserves such as jams and jellies.  There is never a moment, never a day, never a season, and never a year without food—hence ‘Never Ending Food’ (and never any ‘hungry season)!  We also find that as these polycultural Permaculture designs mature we are doing less and less work each year, but getting more and more food.

Below you can see a before/after picture of the same area of our house just before we moved into it in 2002 and 10 years later in 2012.  These pictures are both taken during the rainy season as you can see on the left-hand picture that the maize crops are already about 8-10 inches tall.  The picture on the right is now a self-sustaining non-irrigated polycultural ecosystem that provides us with year-round access to a diversity of nutritious foods, firewood, natural medicines, habitat, beauty, shade, and so much more.  Both of these pictures represent the same ‘potential’ of the land to produce for our needs.  The world possesses absolutely everything it needs to sustain humanity and our livelihoods, but the decision to begin working with nature, rather than against it, is completely up to us.