By Kristof on November 26, 2015 in Uncategorized 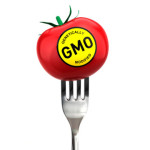 Regarding the labeling of genetically engineered crops (GMOs), 64 countries around the world have laws requiring such labels, but in the United States we see millions of dollars being spent to fight such legislation.

Perhaps we need to think about it in another way.  Take a hypothetical example of two glasses of drinking water.  One glass of water comes from raw (untreated) toilet water which has been flushed down to a water treatment plant.  At this treatment plant, disease-causing solids are coagulated through the use of additives such as aluminum and iron salts.  Then, other chemicals are added (such as chlorine, ozone, ammonia, chlorine dioxide, or potassium permagranate) to disinfect the water.  These chemical disinfectants react with the microorganisms in the water, as well as with naturally occurring organic matter, to produce contaminants referred to a ‘disinfection byproducts’ (DBPs), such as trihalomethanes, which can be toxic at high concentrations.  To avoid this toxicity, many chemical disinfectants are only added after the water has already been filtered. 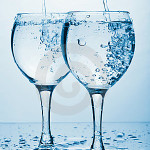 The other glass of water comes straight out of the earth from a clean, unspoiled natural spring.

You can choose either glass to drink, but before you do, you should have a few facts:  The spring water is free, but the treated water is expensive due to the fact that it contains a special formula of additives (namely fluoride for teeth, and alkaline substances to reduce corrosion in plumbing pipes).  These additives have allowed the producers of this water to have their special formula patented, meaning they own all commercial rights for the making, using, and selling of this water.

Both glasses appear to be ‘substantially equivalent’, meaning that they look and taste about the same, only a laboratory test can tell if the water came from the earth or from a treatment plant.   Many scientists have declared the treated water to be ‘safe for consumption’, but there is not yet a scientific consensus on this point.  Many of those who are concerned about the health effects of the treated water say that the ‘safety approval’ was based predominantly on studies that were conducted or funded by the producers of the treated water. 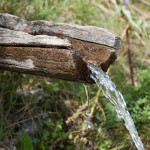 The spring water is part of the natural water cycle, in which the groundwater is replenished through rainfall and filtered through the earth’s bio-diverse ecosystems.  The treated water is chemically tainted, and the byproducts of the treatment process may include endocrine disruptors from agricultural or household hormone use (i.e. growth hormones or hormonal contraception), which evidence has shown can have an adverse impact on humans when re-used for drinking water.

So there you sit with two glasses in front of you.  You would like to make the best decision based on health, environmental impact, cost, and ethics.  The only problem is that the two glasses are not labeled. 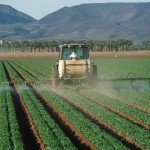 Again, this is just a hypothetical example (however, much of the treatment process is an accurate description of what happens to recycled water), but the point of this example is that we have two choices to make when it comes to our agricultural food production systems.  The current ‘industrialized’ agricultural system is geared towards monocropped production.  It is predominantly owned and run by agribusiness interests who hold commercial patents for various genetic alterations which have been made to seeds, plants, and animals.  This system is chemically-dependent, and often involves the use of toxic pesticides, herbicides, and fungicides.  Some of this toxicity has been genetically engineered directly into the plants themselves (as in the case of Bt-crops), or they have been genetically engineered to be resistant to the free-for-all spraying of herbicides (as in the case of ‘Roundup Ready’ crops).  This model of agriculture is expensive (it has been estimated that it takes about $100 million dollars to bring one genetically engineered seed variety from conception, to research, to market), locking farmer’s into economic dependency on the constant repurchasing of seeds, fertilizers, and chemicals.  Genetically engineered crops have also been exempted from a great deal of regulation under the guise of ‘substantial equivalence’, meaning that GMOs should be ‘just about the same’ as regular food (the falseness of this lying in the fact that they are ‘substantially different’ enough to warrant a patent).

Many scientists have claimed that GMOs are ‘safe to eat’, however there is not a consensus on this point.  When it comes to safety, GMOs cannot be viewed in isolation from the ‘whole picture’.  When one considers the add-on consequences of increased use of glyphosate (a ‘probable carcinogen’ according the World Health Organization), the disruption of natural ecosystems leading to a collapse of keystone pollinator populations (such as bees and butterflies), the inherent direct-to-consumer toxicity of Bt crops, the growing incidents of pest and disease resistance (resulting in even more chemical use), the increased rates of malnutrition due to a monocropped over-production of high-carbohydrate low-nutrient staple foods, and the economic dependency created by a corporate control of global seed supplies and food production systems, it becomes clear that GMOs are not an appropriate, nor sustainable, approach to food security. 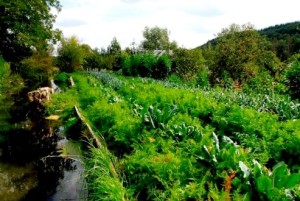 On the other hand we have agroecological approaches, such as Permaculture, which strive to mimic the immense interactions of natural ecosystems.  These systems of agriculture use non-chemical approaches to protect from pests and diseases and to restore soil and water health (such as integrated pest management, protector plants, natural predators, crop rotation, agroforestry, mulching, compost, biochar, swales, guilds, etc).  These organic practices also reduce the costs involved with the purchasing of fertilizers and chemicals, and even more money can be saved by safeguarding and replanting open-pollinated seeds from year to year.  Agroecological approaches make use of diversified, annual, perennial, and highly-nutritious cropping choices to ensure food and nutrition security throughout the entirety of the year.  This ‘polycultural’ approach also allows for diversification of income generating activities (rather than relying on the one-time harvest and sale of one or two crops).

So, here we sit with two choices in front of us.  We want to make decisions based on health, environmental impacts, cost, and ethics.  The only problem is that the choices are not labeled.  (If any labels exist, it is due to the fact that organic certification requires farmers to spend their own money to prove that they are using healthy systems, while the chemically-dependent and genetically-altered systems are being promoted and subsidized with taxpayer money).  Consumers have a right to make informed decisions about the products we purchase and the systems that we support through those purchases.  The time has come to advocate for systems that support and foster: Earth Care, People Care, and Fair Share.  One very small step in that direction is to require a label telling us which system we are buying into.