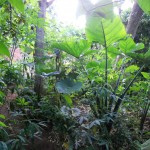 Think about a forest.  What do you see?  Hopefully you have an image in your mind of vast diversity: trees, flowers, insects, animals, birds, ground cover, climbing plants, tubers, colors, smells, etc.  Diversity is the secret of natural systems.  It is what brings balance and harmony to the natural environment, and it is also why we don’t often see problems with pests, diseases, floods, or droughts in these forest systems.  When Bill Mollison was in the process of coining the term “Permaculture,” he made a radical observation: “Why aren’t we growing our food the way that nature wants to grow it?”

Current agricultural systems are about as ‘un-natural’ as we could possibly make them.  We clear away everything, plant only one thing, and then compensate through the use of chemicals (fertilizers, pesticides, herbicides, fungicides, etc) for all of the ‘imbalances’ that we have created.  In the process, we have also severely limited the diversity of our nutritional choices.  Did you know that it is estimated that the world used to use around 7,000 different food plants but today we have limited ourselves to focusing primarily on only about 20? 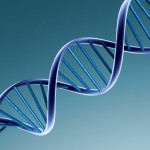 So now, in another effort to compensate for our failures, instead of trying to change our behavior, we have instead turned to trying to change the plants and animals that feed us.  ‘Genetic Engineering’ has become the latest buzz-word in agriculture, and it is being promoted as the solution to global hunger and malnutrition.  Monsanto, a US-based company at the forefront of genetic engineering, has been quietly buying up seed and agriculture companies around the world (in 1999 they bought Malawi’s National Seed Company).  But are they truly concerned about feeding the hungry and nourishing the malnourished?  Evidence would seem to point to the contrary.  One of Monsanto’s early creations was known as ‘terminator seeds’ that were seeds engineered to self-destruct after one growing season, thereby helping to ensure the farmer’s dependence on the re-purchasing of new seeds.  This, however, did not seem to go far enough to ensure dependency, so now Monsanto has taken to patenting the genetic make-up of nature’s seed supply and making it illegal for farmers to save their own seeds anymore.  (In many cases even bringing lawsuits against farmers).   Their other major development has come in the area of genetically altering plants to become resistant to poisonous chemicals.  This means that a company like Monsanto, the maker of Roundup herbicide, is now not only forcing the local farmers into the purchasing of seeds, but also into the purchasing of the chemicals that go along with them.

This behavior is completely contradictory to Permaculture’s three main ethics: Care of the Earth, Care for People, and the Fair Sharing of Resources.

Currently, one of Malawi’s major agricultural colleges, Bunda College, has entered into an agreement with Monsanto to begin research trials on Bt-cotton seed.  This is the genetically altered cotton seed that is purportedly resistant to Monsanto’s chemical herbicides.  This is also the same Bt-cotton seed which in India the world has seen fail to provide the local farmers with the benefits that they were assured, leading to many into bankruptcy, loss of property, and even suicide.  It makes one question why we should be doing trials on the potentially detrimental use of Bt-cotton in Malawi, rather than on systems which move us away from the chemically-based agriculture and into diverse systems which reflect the multitude of benefits that can be derived from nature…naturally:  (food security, balanced nutrition, income diversification, fuel, building supplies, natural medicines, fibers, seed oils, and the list goes on.) 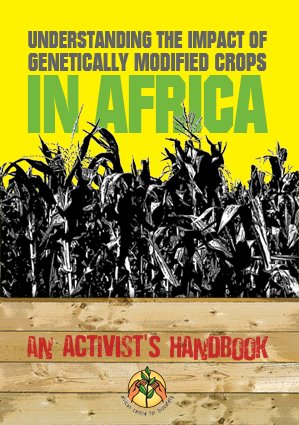 Please help to inform yourself and others about these issues.  The more informed you are, the better you will be able to make decisions that affect the sustainability of the earth’s future.  Never Ending Food has posted an article “Genetic Engineering” which discusses some of the reasons that it is simply a technology that is not currenly needed to address the world’s problems.  Why would we even contemplate potentially harmful or detrimental approaches when there are so many safe, organic, and natural solutions that have not even begun to be explored at community, national and global levels?

The following are a few links and resources to help you learn more about advocating against biotechnology and in favor of common sense, sustainable, and natural approaches to feeding the ourselves and the world :

The African Center for Biodiversity is an organization that offers a downloadable manual on Bioengineering entitled: ‘Understanding the Impact of Gentically Modified Crops in Africa: An Activist’s Hanbook.

Seed Freedom is also a great site that is working to preserve the integrity of natural seed supplies.  They have issued a seed saving kit that may be found as a PDF file by clicking here: Seed-Kit