By Kristof on September 24, 2013 in Uncategorized

As the climate change debate rages on, we continue to find  those who believe that changes in the earth’s climate are a result of fluctuations in natural patterns being pitted against those who believe that humans are having a direct impact on these fluctuations due mainly to our unbridled burning of fossil fuels.  One of the most injurious aspects of this argument, however, is that people are being encouraged to focus solely on changes in the weather rather than on a much more important topic—that of our responsibility as humans to being good stewards of the earth.

For instance, we know that coal-burning electrical plants are emitting millions of tons of  sulphur dioxide (SO2) into the atmosphere each year.  This has been shown to be one of the main contributing factors in the creation of ‘acid rain’.  Acid rain continues to have a growing and significant impact on the earth’s ecosystems, disrupting the fertility of fish, harming aquatic insect life, dramatically changing the chemical balance of our soils, injuring plants, and even leading to the corrosion of human infrastructure such as steel bridges and stone buildings.  Scientists also know that natural volcanic activity can lead to the emission of SO2 , so does this knowledge excuse us from taking responsibility for the impact of our human activity?  It shouldn’t. 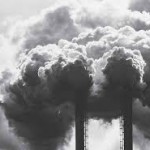 We know that many of our current systems are lending themselves to the creation of unacceptable levels of air pollution.  Apart from sulphur dioxide, the burning of fossil fuels is also responsible for the emission of millions of tons of nitrogen dioxide (NO2), which is toxic when inhaled and can lead to an increased risk of lung infection and respiratory problems.  Scientists know that NO2 is also produced naturally during electrical storms, so does this knowledge excuse us, as humans, from trying to limit the amount of NO2 that we are generating?  It shouldn’t.

Another dangerous air pollutant which is produced primarily by the use of internal combustion engines (cars, lawn mowers, generators, etc) is that of carbon monoxide (CO).  Carbon monoxide has become one of the most common types of fatal air pollution in the world.  Scientists know that carbon monoxide is found naturally within the earth’s atmosphere and that the human body even produces CO at low levels, so does this knowledge excuse humans for raising the amount of CO in the atmosphere from its natural state of 0.1 parts per million to levels which can reach as high as 7,000 parts per million when measured from the undiluted warm exhaust of a car?  It shouldn’t.

Eutrophication is a term that is used to describe the runoff of nutrients, mainly nitrogen and phosphorus, into waterways.  As these nutrients reach the water, they feed the aquatic algae causing a ‘bloom’ of growth that can deplete the oxygen levels in the water, disrupt the life cycles of fish and other aquatic life, and in extreme cases even lead to the creation of ‘dead zones’.  The main source for the runoff of nitrates and phosphates comes the use of chemical fertilizers on agricultural fields.  Scientists, however, also know that eutrophication can occur naturally when environmental nutrients accumulate or flow into a concentrated area.  Does this knowledge excuse us from working to address the fact that as our agricultural systems have moved towards the intensified use of chemical fertilizers the number of the world’s dead zones have also been steadily increasing?  It shouldn’t

This list of examples can go on and on.  Mercury, lead, arsenic, antibiotics, ammonia, ozone, and many other naturally occurring environmental constituents have all been elevated—through human activity—to levels where they are now deemed to be environmental contaminants.  The degree to which these various factors are affecting the earth’s climatic conditions is an area which continues to be studied and debated by researchers from many different fields of scientific thought.  Does our acknowledgement of the fact that we don’t yet have precise scientific formulae, theories, or laws to 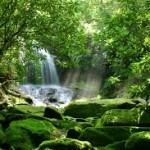 account for the entirety of these complex environmental interactions excuse us, as humans, from assuming responsibility for our actions in those areas which we already know we are having an impact?  It shouldn’t.

A vital part of what it means to be ‘human’ lies in our capacity for learning that our actions have consequences, and that these consequences necessitate responsibility; with or without climate change we need to come to an acceptance of the fact that we are an influential part of the earth’s vast web of natural systems.

Pressing Our Own Oil!
Donations Needed: 2 Malawians to Int’l Permaculture in Nov 2013