Chitedze is the village that the NEF Community Outreach and Education Center is based in and is also home to Kristof, Stacia, and Khalidwe Nordin and the Chitedze Agricultural Research Station. This page is designed to give you a visual of our current projects as well as some of the resources around us and the people we, at NEF, work with on a daily basis.

My name is Hope Thornton and I am interning with Never Ending Food as part of my Masters degree requirements with the School for International Training in Brattleboro, VT. I have two major projects that I am working on- one is at the community, grassroots level and the other is working, as a consultant through NEF, with an NGO called Children in the Wilderness (CITW). With CITW, I am working to integrate life skills (sustainable agriculture) into the camp curriculum as well as to assist in developing a follow-up program which includes individual permaculture gardens as well as a community demonstration plot in each village that we work in. On the community level, I am working with the Nordins to “jumpstart” the Model Village project which is explained in more detail below. I will be here for a minimum of 6 months.

Below are some pictures of the kids that we work (and play) with everyday. As you can see, many of them love Jackie Chan (perhaps an influence of the Nordins?!) 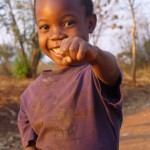 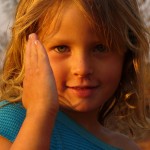 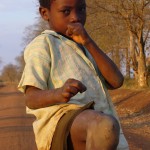 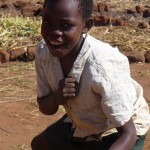 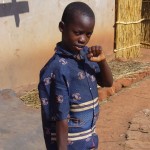 The Model Village is in its very begining stages. The vision is to show people that using resources more efficienty and protecting nature can increase our food and nutrtion security and that IT IS FREE! We are not using or doing anything here that the average Malawian does not have access to or cannot do. Everywhere around the world we humans waste resources. Permaculture is a holistic way of life that aims to make the most out of all of that nature has provided to us. The Model Village will be a place where tenants will grow their own, nutritious foods using low-input techniques, while at the same time developing an appreciation for chilengedwe (nature).

The pictures below were taken during the first week of October 2006- about six months into the Dry Season. At this time, there was a significant amount of wasted space. This space is a resource and resources do not become waste until they are not used. In this picture this land, which could produce kitchen herbs, friut trees, vegetables,medicines and more, is a waste. 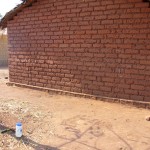 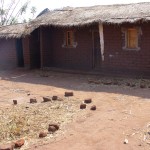 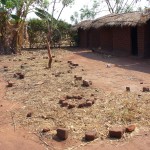 In one morning of work, we (myself and all of the kids) created a design which immediately began to heal the soil from the years of misuse. First we created garden beds and pathways in order to increase the amount of land producing food and to reduce the amount of traffic trampling on the soil. Foot traffic kills millions of beneficial microorganisms and makes the ground hard like tarmac. As we designed the area we kept in mind the natural flow of traffic, water run-off during the rainy season, and ability to harvest food without stepping in the garden beds. The “key holes” you can see in one of these pictures were created so that the future tenants could easily reach the food without disturbing life in the garden bed.

Both courtyards are in areas where women typically do laundry and wash dishes. The water from these daily activities can easily be used to water the beds. This is water, the grey water, is a very valuable resource in a place where one of the biggest complaints is about the lack of water. Malawi is particularly blessed with an abundance of water (we have one of the biggest fresh water lakes in Africa!) and women walk several kilometers on a daily basis to get it…only to wash a few dishes and throw it on the bare ground! We are hoping that these garden beds, placed strategically near dishwashing areas, will serve as a source of food for those who will live here as well as a lesson in saving two of our most valuable resources: WATER and LABOR. 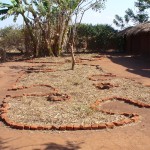 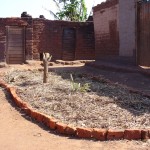 Ahh what just a few months of healing can do for the soil. Below are some pictures of how the model village looks less than half way into the rainy season. Because of work and travel over the holidays, very little work has gone into the model village since the day we spent designing the garden beds and pathways: a total of three days were spent weeding, planting and replacing bricks that were knocked over by goats and heavy rain. 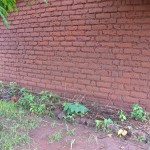 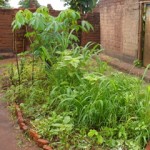 The first tenants in our model village are made up of a family, headed by Amayi (meaning “mother” in Chichewa) Mwale. Amayi Mwale is the guardian for six children, several of whom are her grandchildren. They moved from a one room “flat” where they were not allowed to grow food and were ordered to sweep by the landlord. They were getting all of their food from the Chitedze Market. Amayi Mwale estimates that she was spending at least 100 kwacha (roughly 71 cents) on vegetables alone per day for her large family. The GNI per capita in Malawi, according to estimates by UNICEF and other development organizations, is somewhere around $160 per annum.

In order to live at the model village Amayi Mwale agreed to the terms and conditions: to bring nature forward and to reap the benefits that nature has provided Malawi by doing as little as possible to interrupt the nature cycle. This condition means that sweeping and walking are limited to the pathways, grey water should be used to grow food all year, trash must be separated from organic matter, and the soil must be protected using mulch.

Shortly after the Mwale family moved in, a newly married couple moved into the other family house. The couple spent a few hours with Kristof and Stacia learning the basics of Permaculture and the rules for living at the village. Jennifer, the wife, is shown in a few pictures below with some of Amayi Mwale’s grandchildren and some other local kids. Mrs. Mwale has hung her laundry line over a garden bed so that the dripping water will feed the plants. Both homes have dish drying racks that are built from living trees, to prevent termite damage, and are over garden beds, again so that dripping water will feed the plants the whole year through. 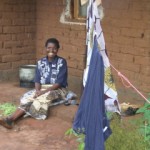 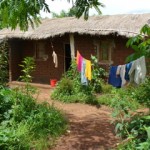 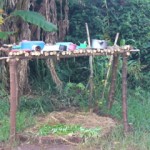 This is one of the private primary schools that serves the Chitedze community. It is located within a stones throw of Never Ending Food and is where the Nordin’s daughter Khalidwe attends standard one (or first grade for those of you familiar with the American system). The school does not own the grounds that it is on but has been renting this space for 14 years.

Below you will see that there are no trees and subsequently the area is hot and dusty. This school is a typical representation of most schools throughout Malawi- over swept and with little to no vegetation. The only difference between this school and the government sponsored public schools is that Ulemu hires a worker to do the sweeping as opposed to making the school children do it. These pictures represent a waste of many important resources but especially: LAND and LABOR. 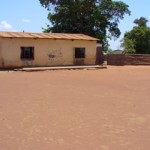 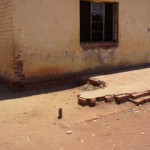 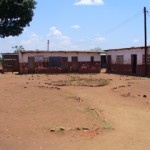 Because Ulemu is a boarding school there is a significant amount of water used for cooking, cleaning, and bathing. In the pictures below, you will see that all of the grey water is drained into pits where the water stands breeding mosquitos and collecting inorganic waste. The teachers decided to treat one of the pits with motor oil in order to keep the mosquitoes from breeding. What could have been a very valuable and productive resource is now an unsightly, dangerous, waste pit. 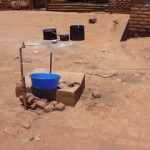 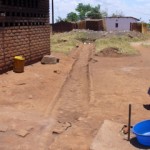 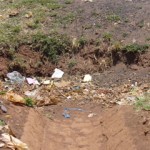 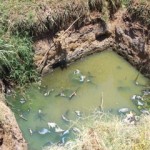 The Permaculture solution to this problem would be to use the grey water to grow food. Below are some pictures of a “bafa? or bathing house owned by the builder who works at Never Ending Food. This guild (Permaculture garden bed) was built, with the permission of the owner, by a group of participants involved in a NEF training. It took 40 minutes of work and no money to create this productive garden bed, which includes: banana, air potato, pumpkin, guava, and beans. The only work required to keep this bed productive is to take a bath and since people bathe regularly during the dry season, there will be food then too! Generally speaking, soaps do not affect the taste of food and are not dangerous to the plants or human eating them, however we have heard that tomatoes grown in this manner often have a salty flavor. To be safe, we do not recommend that food with low fruits (those that might be covered in dirty, soapy water) be grown next to the drain. 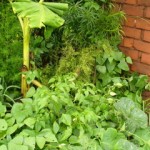 By using grey water to grow foods, the bathing, washing and cleaning water will not stand in puddles breeding mosquitos. Additionally, the students will have a nice garden from which to supplement their diet of “nsima? (maize porridge) and beans.