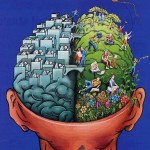 There are several common questions that Permaculture practitioners throughout the world are repeatedly asked, “How much land does a family need to feed itself?; How much food can be produced per square foot/meter/acre/hectare?; Can it be used to feed the world?”

There seems to be a great ‘double standard’ that is used for determining the success of sustainable systems, such as Permaculture, when compared to that which is used to measure current industrialized systems. A strange thing happens when we turn these questions around to be answered by the current commercially-driven systems of monocropped agriculture.  For instance: “How much land does it take a commercial farmer to feed his or her family?”  I have yet to meet a commercial farmer that doesn’t need to buy groceries to feed their family, despite sometimes having thousands of acres under production.  The problem is that the so-called ‘food’ that is being produced on such a large 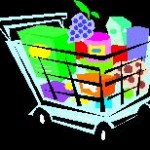 scale is not being grown for the family system or even for the consumer, but rather for the ‘producer’.   The mountains of maize, wheat, and soy that we now see coming from corporate farms are almost never used for ‘food’ on-site; most likely these harvests are shipped to off-site consolidation points and then onto processing centers which may be hundreds of miles away.  Since the farmer has not actually produced any food for their family, they are forced into the purchasing of agricultural commodities.  From a personal standpoint, therefore, commercial farmers often finds themselves facing a more severe case of food ‘insecurity’ than does the subsistence farmer who uses low input and non-mechanized traditional agriculture practices.

“How much food can be produced per foot/meter/acre/hectare?”  Industrialized agriculture’s emphasis on obtaining maximum yields from one crop on large tracts of land, completely misses the nutritional reality that people cannot survive on a monocropped diet.  A strong case for this can be demonstrated by Malawi’s over-emphasis on using maize production to meet all the demands of the nation’s dietary requirements.  Despite seeing maize harvests yielding record surpluses, often in excess of a million metric tonnes each year for the past several consecutive growing seasons, Malawi’s ‘nutritional stunting’ rate for children under the age of 5 has remained steady, hovering around 48%.  Agriculturalists have a pretty clear picture of how much maize is being produced in Malawi per hectare, but this does nothing whatsoever to reflect the true health or nutritional status of the nation.  Permaculture, on the other hand, offers vast improvements over the current systems.  For instance, there are people who believe that yields of 3-10 pounds of food per square foot are unreasonably idealistic, but we have an avocado tree that only takes up about two square feet of soil area and our yields from those two square feet greatly out yield the 3-10 pounds per foot calculation— 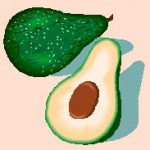 closer to 100 pounds per square foot.  The problem is that a person would not want to base such a significant part of their diet on avocados alone.  Permaculture design, however, recognizes that the tree doesn’t just use soil, it uses vertical space to produce one of the most energy-dense foods in the world, and then we still get to utilize the land underneath the canopy for the production of shade-tolerant crops, and the vertical space, such as the branches, as a useful support for climbing foods.  (We also have climbing plants like the ‘air potato’ (Dioscorea bulbifera) which can produce an estimated 3-10 pounds of food in about 2-3 square centimeters of soil area.)

“Can commercial agriculture be used to feed the world?”  The answer to this question has many facets.  First of all, many assessments of industrialized agriculture fail to take into consideration the negative effects on humans and the environment as a result of depleted nutrition, exposure to toxic chemicals such as pesticides, herbicides, and fungicides, the mismanagement of soil and water resources, and the depletion of biodiversity to make room for expanded monocropping.  It has been estimated that the world already produces enough food for 10 billion people and yet we see great discrepancies within the current population of 7 billion in trying to gain access to a ‘fair share’.  So we should probably be asking whether we truly believe that the current system is actually feeding the world at present, and therefore should—or should not—be used as the template to continue to try to feed a growing population.  Through Permaculture design, we quickly realize that we have not yet even come close to realizing the potential that this planet has to feed all the living organisms that rely upon it, but we are quickly approaching the limits of the industrialized systems of agriculture.  Imagine a world in which all public areas were turned into functional landscaping; where schools, churches, office buildings, roadsides, parks, and 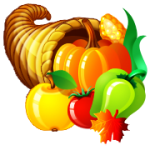 recreational areas were all adorned with perennial food producing plants including fruiting trees, nuts, berries, herbal medicines, green teas, fish ponds, and more.  Imagine small-scale farming systems that provide local markets with a seasonal cornucopia of diverse and nutritious options that are tailored specifically to meet the needs of the consumer and not the profits of a corporation.  Imagine a system like Will Allen’s in Wisconsin, where with the combination of aquaponics, horticulture, and green houses he is able to produce a million pounds of food year-round on three acres of land in a temperate climate with very harsh winters.

When we choose to discard the flawed and detrimental methods of industrialized agriculture, and learn how to embrace the nature-enhancing models of sustainable systems such as Permaculture, we realize that all the questions soon merge into one resounding answer:  “Yes, we can use every single square foot/meter/acre/ and hectare of land to produce enough highly nutritious foods to not only feed ourselves and our families, but to elevate the health, growth, and development of all people to its maximum potential!”

A Day of Action Against GMOs
A World Full of Seeds…Use Them, Don’t Abuse Them!