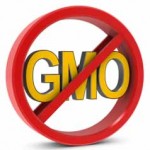 There has been a great deal of discussion lately regarding the safety of genetically modified organisms (GMOs).  What hasn’t received as much attention, however, is the question of whether we really need this technology in the first place.  When we take a moment to look at what genetic engineering is being used for in agriculture, we find that almost every instance is in response to problems that humans have created–not nature.  For instance, Bt-corn seeds have been genetically engineered with a bacteria known as Bacillus thuringiensis (Bt), to produce a toxin which kills various larvae of insects.  According to a fact sheet from the University of Kentucky, the Bt toxin works like this: “Within minutes, the protein binds to the gut wall and the insect stops feeding. Within hours, the gut wall breaks down and normal gut bacteria invade the body cavity. The insect dies of septicaemia as bacteria multiply in the blood.”  This isn’t an external ‘pesticide’ that can simply be washed off; this is a property which is engineered to be inherent within the very food we are eating.  But this fact doesn’t seem to worry researchers who maintain that Bt is ‘selective’ and only affects certain living organisms.  But why would we need such a drastic approach to insect control?   The answer lies in the way that modern agricultural systems are currently devised. Farmers throughout the world have been encouraged to ‘monocrop,’ which involves a process of removing all biodiversity from their fields and only planting one specific crop.  This highly unnatural way of approaching food production creates imbalances within populations of insects, weeds, and diseases…all of which are now the target of various forms of genetic engineering.  In essence, we are trying to adapt the world’s plants and animals to cope with the unhealthy systems that we have set up.  This is not a recipe for a sustainable future.  When agricultural systems are based upon the resilient and diverse patterns of nature–which is the foundation of Permaculture–we find that many current problems disappear, along with the need to use genetic engineering. 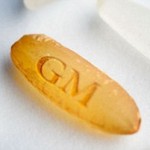 One example of genetic engineering which has been getting more attention in Africa is that of ‘Golden Rice’.  This is an attempt by researchers to genetically modify a high-carbohydrate, low-nutrient food such as rice to contain Vitamin A.  Here in Malawi we face high levels of nutritional deficiencies including Vitamin A and iron.  We also have a nutritional ‘stunting’ rate which affects 47% of the nation’s children under the age of 5.  These problems, however, have nothing to do with a lack of access to genetically engineered foods, but rather with an incessant push towards the monocropped production of maize (corn).  Despite the potential for year-round and seasonal production of nutritious food crops, many local farmers have been encouraged to sacrifice nutritional diversity in favor of a once-a-year harvest of maize. Even with several consecutive years of surplus maize harvests, our malnutrition rates have remained steady.  There are literally hundreds of local foods that farmers and families could be utilizing to eliminate nutritional deficiencies, but instead we find the nation’s fields sitting in a state of ‘food deserts’ for 11 months out of the year.  There is no need, whatsoever, to put a nutrient like Vitamin A into a plant in which it does not naturally occur (whether it’s rice or maize)…Just grow and eat nutritious foods!  As we move further and further away from natural solutions, we find nations, like Malawi, setting up expensive–often donor funded–programs to fortify unhealthy foods like cooking oil and sugar with Vitamin A.  Solutions exist, but we need to stop promoting the idea that all the world’s nutrition should come from a limited handful of artificially engineered crops.

Today, May 24, Never Ending Food stands united with millions of activists from around the world who will  ‘March Against Monsanto’, and all other manufacturers of GMOs, calling for a permanent boycott of Genetically Modified Organisms (GMOs) and other harmful agro-chemicals. Currently, marches will occur on six continents, in 52 countries,with events in over 400 cities. In the US, solidarity marches are slated to occur in 47 states.  We encourage everybody to join in this effort of reclaiming the world’s food supply systems in the name of common sense, integrity, health, and sustainability.