By Kristof on November 26, 2019 in Uncategorized

The Permaculture Paradise Institute, located near Mchinji, Malawi is a shining example of Malawi’s bright future!  The institute was established in 2017 by Luwayo Biswick, along with his wife, Grace.  Both of them are certified in Permaculture Design, and recently Luwayo received his Diploma in Permaculture Design from Gaia University.  I had the privilege this month of visiting this jaw-dropping example of Permaculture in action, along with my daughter, Khalidwe, and two Returned Peace Corps Volunteers.  All of us were blown away by what we saw! 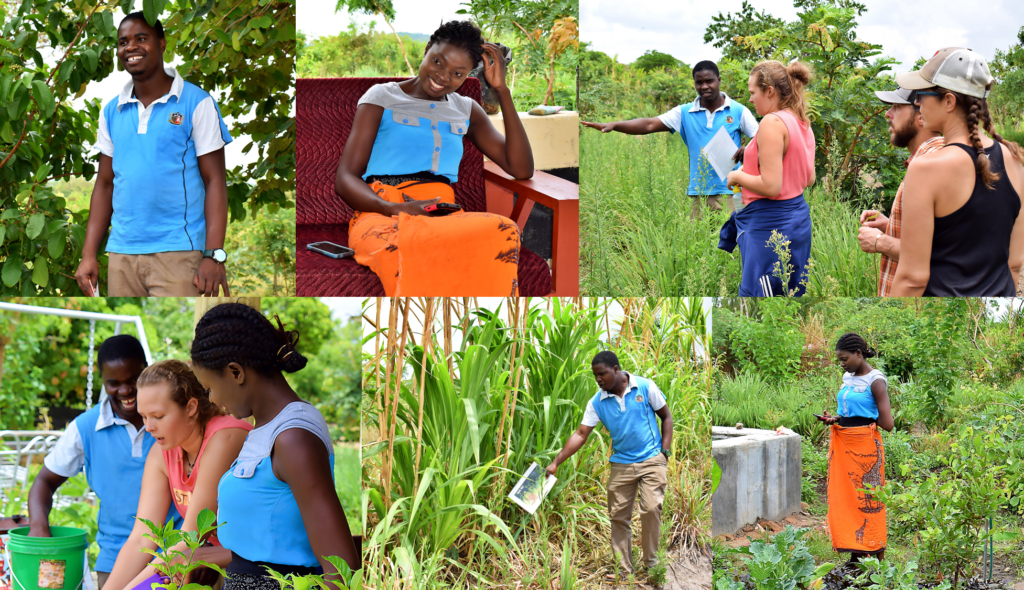 We first met Luwayo over a decade ago, when he became an intern at Never Ending Food and later became our Permaculture Manager for a couple of years.  After leaving Never Ending Food in 2012, Luwayo became the lead Permaculture Trainer at the Kusamala Institute of Agriculture and Ecology, where he facilitated Permaculture Design Courses (PDCs) and conducted community outreach.  In 2017, he and his wife, Grace, bought a 16-acre plot of land where they began to develop their own Permaculture Training Institute.  In just two short years, they have managed to transform a deforested and infertile piece of land into an incredibly productive–and incredibly profitable–Permaculture demonstration with year-round access to almost 300 highly-nutritious foods.  They now run annual Introduction-to-Permaculture courses in local language, host interns from Malawi’s agricultural colleges, and receive visitors from all over the world.  They have a team of people who use sustainable building techniques–like rammed earth–to create outdoor classrooms and self-contained lodging (complete with composting toilets and solar-powered refrigerators), and they even have a carpentry team who make solar-driers, composting toilet boxes, and bee hives. 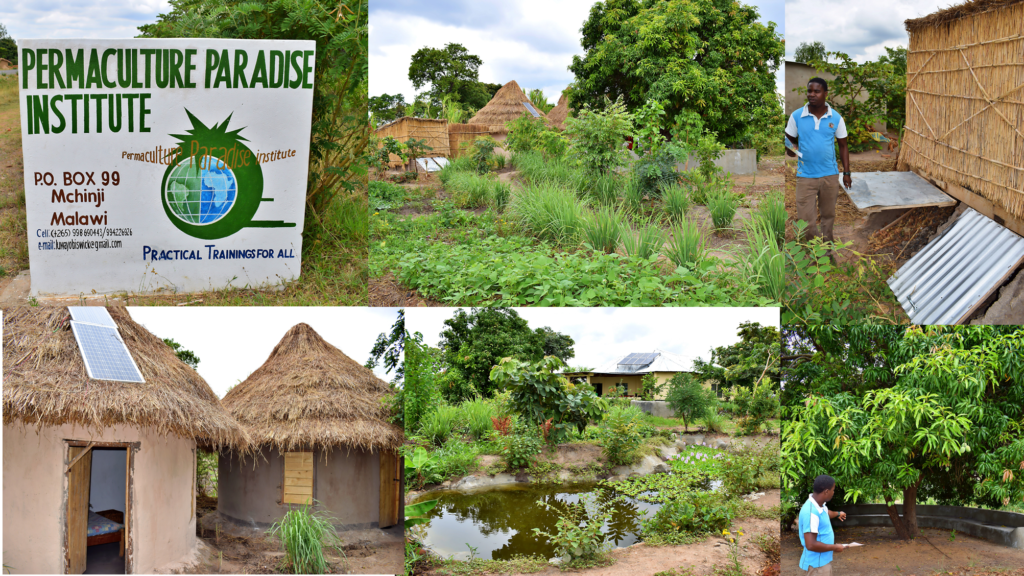 Their own personal house is an example of sustainable building, having been created from rammed earth in a honeycomb design.  All grey water from the house is channeled into productive food production areas and their toilet is also a fantastic example of ecological sanitation (ecosan) composting.  Large solar panels on the roof provide them with lights, electricity, and power major appliances like a refrigerator and washing machine.  Kitchen scraps go straight into a worm farm, and they have even set up a bio-gas digestor to harvest methane for cooking. 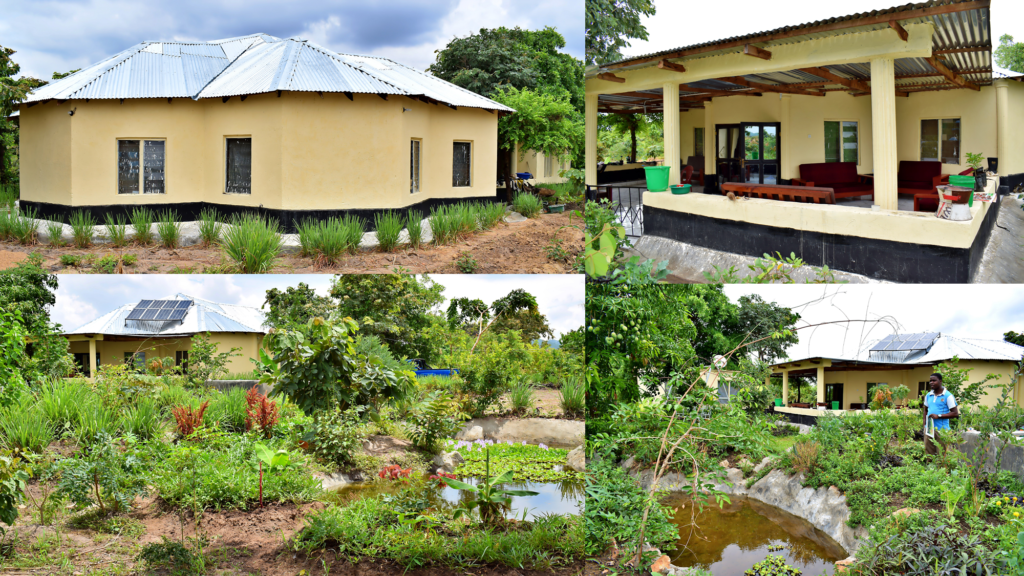 They use their solar drier to process fruits, vegetables, mushrooms and other products for sale.  The amount of income-generating activities happening on site is staggering.  In just two years, they have managed to produce thousands of kilograms of dryland rice (a crop which is unique to their area, as most rice in Malawi is produced in the north and east of the country).  This has allowed them to tap into previously untapped markets in their area.  They have planted thousands of trees (e.g. avocados, bananas, mangoes, mahogany, etc.) which will be yielding even more profit in the years to come. The morning we had arrived for our visit–at the very end of the dry season as many in Malawi are beginning to move into the ‘hungry season‘–they harvested over 1000 kilograms of cassava.  Luwayo told us that when they first started implementing on the site, they were able to turn 5,000 kwacha worth of lemon grass into a one-million kwacha profit.  In a country where many people see farming as a less-than-profitable endeavor, Luwayo and his wife are proving that Permaculture leads to abundance, and abundance leads to profit. 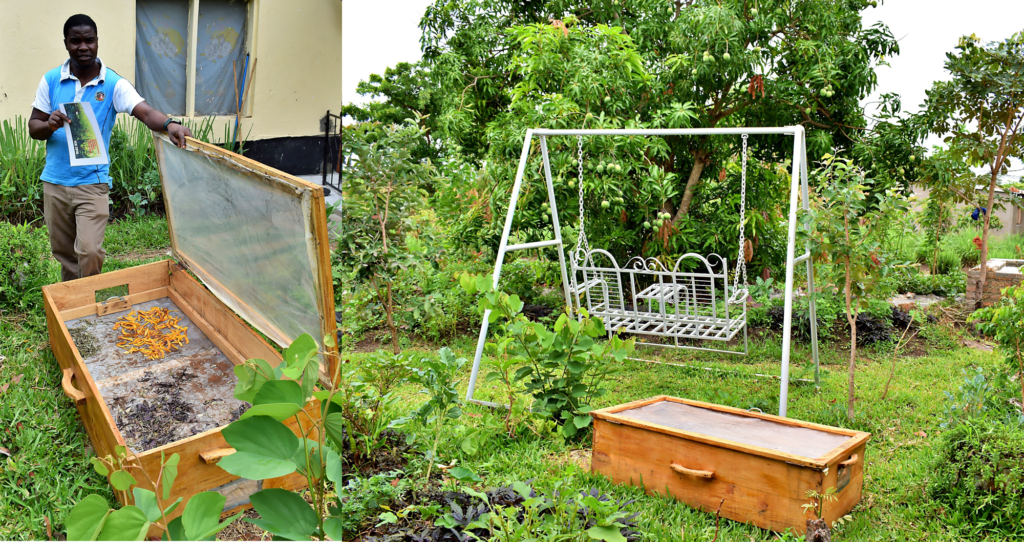 During our tour with Luwayo, we saw all sorts of brilliant design ideas.  Water harvesting from the roof all drains into fish ponds; animal areas, which enclose goats, turkeys, ducks, and guinea fowl are being enclosed with live-fencing; natural trees are being allowed to regenerate, providing fruits, building supplies, medicines, and fuel; integrated cropping systems yield continuous harvests throughout the year; and so much more!  If everyone in Malawi were learning from their example and willing to implement similar solutions in their own lives, we could bring an end to things like poverty, malnutrition, and hungry seasons within just a year or two; while at the same time creating climate-smart systems which are extremely resilient in the face of climate change.  Solutions exist and people who are implementing those solutions, like Luwayo and Grace, also exist!  Let’s all commit to making sustainable changes in our own lives.  Keep up the great work Biswick family and thank you for the inspiration! 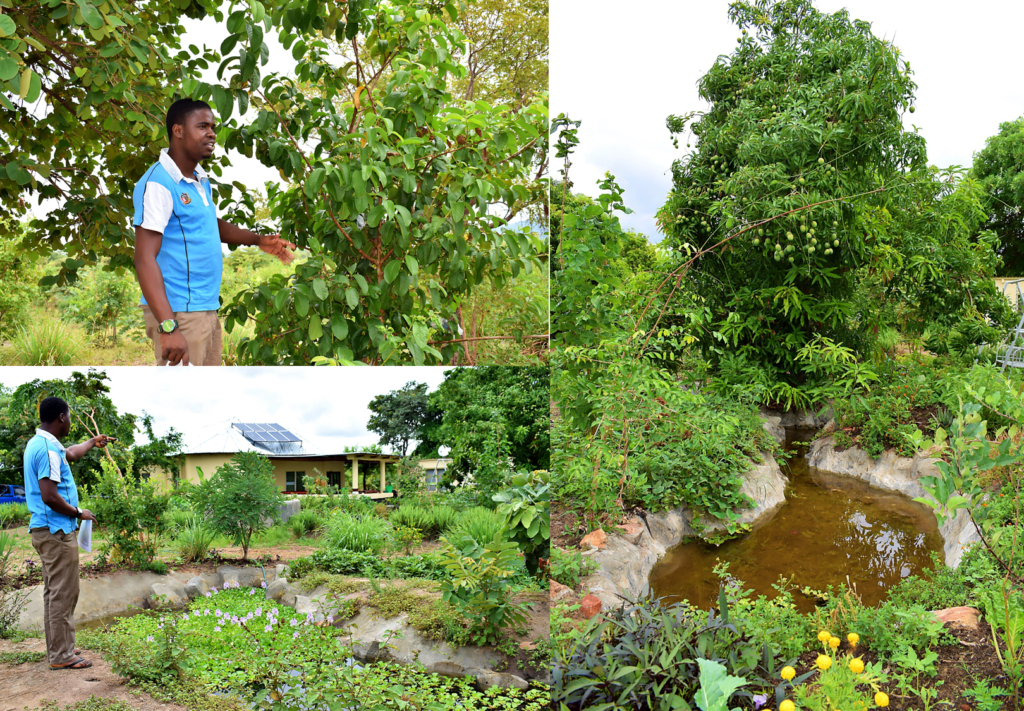 It’s the Dry Season in Malawi, Where’s the Food?
A Visit from the US Ambassador to Malawi!