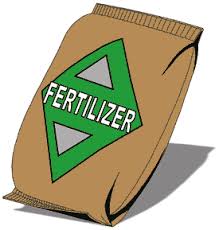 A research paper (May 05, 201) has been submitted to Never Ending Food which takes a critical look at the use of government subsidies to address hunger in Malawi.  This paper was written by Andy Currier, a student at Colby College in Maine, as part of an International Environmental Policy class.

The paper does a great job of demonstrating that increased maize production does not equate to increased food security.  It takes an in-depth look at Malawi’s FISP (Farm Inputs Subsidy Programme), the amount of financial resources which have been dedicated to this programme, and the resulting fluctuations in maize production.  Currier then compares the maize-based focus of the FISP programme to some of its quantifiable results.  The paper found that:  ”60% of the subsidy recipients reported still being net maize purchasers not producers”; “Only 30% reported that the subsidy led to increased maize consumption”; and “Implemented by the Ministry of Agriculture and Food Security (MoAFS), 69% of the ministries budget has gone towards FISP since 2005 (Mazunda, 2013). By placing all the eggs in one basket, other possible programs and development agendas aimed at decreasing food insecurity have, “gone on the shelf” (De Schutter, 2013).  Despite committing 16% of the total governmental budget to fertilizer subsidies by 2009, Malawi still imported $30 million USD worth of maize to cover the shortfall until 2012 (Tafirenyika, 2013).”

The paper concludes by saying that: “The results of this analysis suggest that to date FISP policy in Malawi has failed in providing an adequate solution to food insecurity. All of the emphasis on increasing maize production in Malawi perpetuates poor diet and requires more agricultural effort than an alternative system promoting the usage of diverse crops. Both issues can be solved by local institutions promoting Permaculture: a shift away from maize and towards crop rotation that naturally replenishes the soil, provides food year round and serves greater nutritional function…Instead of focusing on improving maize production, an effects based approach targeting the number of Malawians still inadequately fed would serve a more accurate benchmark when evaluating program effectiveness. By these standards expensive input subsidies have failed to proportionately increase food security and the time for research into a new agricultural system has arrived.”

Great work Andy!  Never Ending Food wishes you all the best in your future Environmental Studies.